On Thursday, January 19th, the Honor Roll Awards ceremony of the second period took place in the San José Pignatelli Multiple Auditorium / Salon. On this occasion, to continue with the Bilingualist education of the students, the act was presented in English. The main objective of this act was to recognize or exalt those students who excel the academic and cultural aspects, without neglecting all of those students who through their efforts and dedication overcame the academic difficulties presented to them during the period. 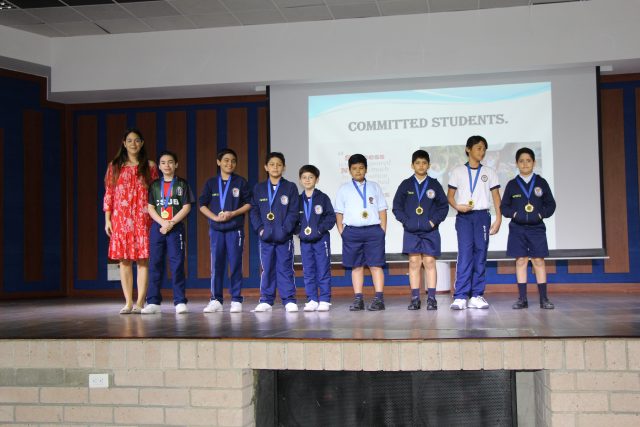 The ceremony, began with the prayer by Zuleima Ahumada, Bilingual Education Coordinator, who, invited us to thank God for the immense blessings he has given us; In addition she asked for strength to take in a good way the news of the departure of the teacher Mary Arrieta who no longer accompanied us in the institution but who, after 25 years of hard work leaves a great mark.

Later Father Juan Manuel Montoya S.J. Academic Director of our Institution gave a speech in English to all of those attending the event. The Father Juan Manuel, reminded us these civic acts are done to enrich the work of the school through the students who are outstanding in academic, cultural aspects or because of their great spirit of improvement. The father continued his speech making reference to the "Magis" (more, better and greater), that characterizes the education of the Jesuit Company. He explained the term relating it to the school environment as finding a place in the classroom where the student feels comfortable enough to take notes and give good use to the time, be active listeners, do a great team work and especially to take advantage of the talents that each one possesses in order to be a better human being every day. He ended his intervention by inviting everyone to strive and successfully follow our paths. 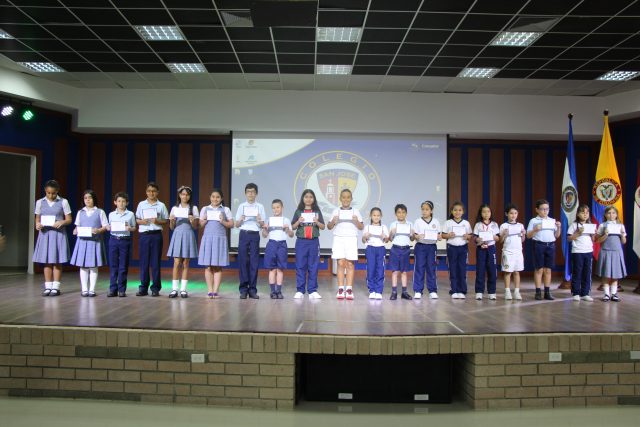 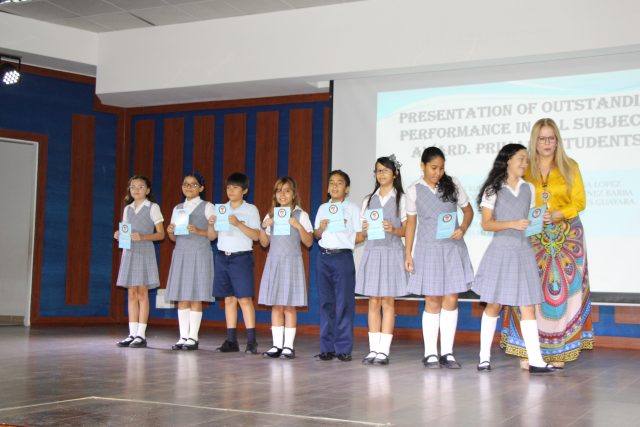 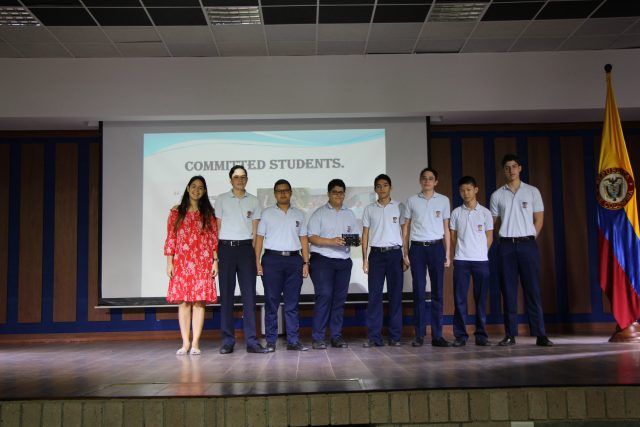 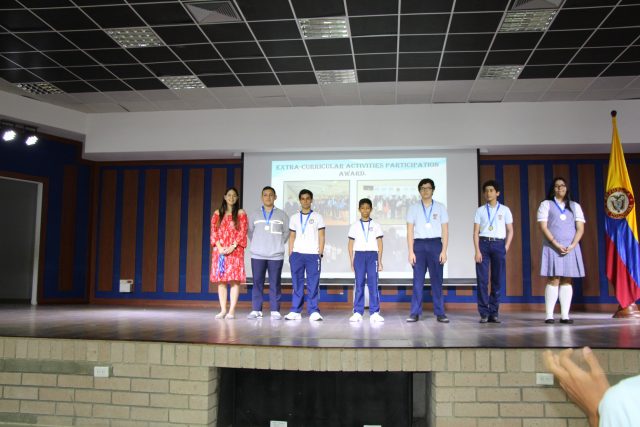 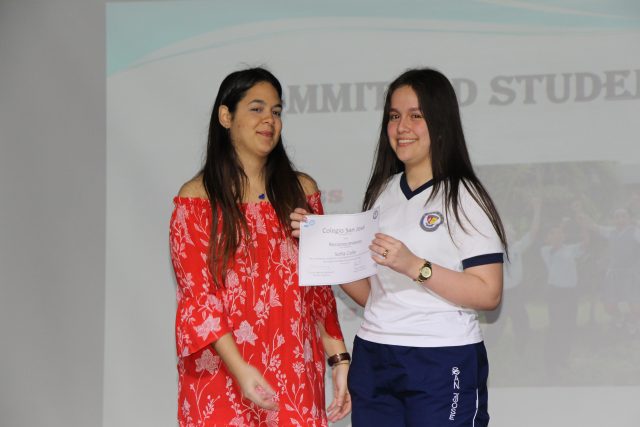 Father Gabriel Jaime Perez SJ was in charge of honoring the teacher Mary Arrieta, through the delivery of the "San Jose Order" where she was named Lady and the delivery of a gold medal of honor.

On this occasion Alejandra Hernández Briceño was in charge of the cultural act, interpreting the song "Angel" of Jon Secada. 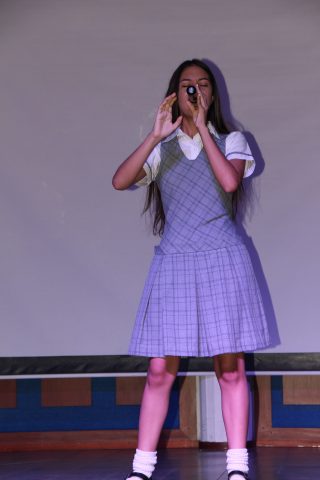 Later, Father Gabriel Jaime Pérez, as the guiding leader of our educational community and Rector of San José School, addressed a few words to the participants in the event, in which he emphasized the importance of what it takes to be, not only an excellent student, but also an excellent human being: dedication, discipline, effort and desire to always be great in what you do. In addition, he delivered the gold-plated buttons with the coat of arms of the San José School, to the students who obtained the best academic results in both the elementary and high school sections. For high school 7th grade David Hernández Mosquera and for elementary Manuel Ricardo González Romero 1st grade were awarded. 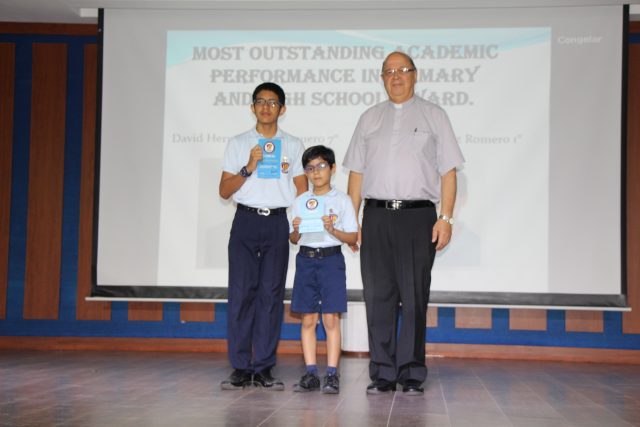 The host of the act was the student María Camila Velásquez Barrios of 7º.